Mumcatorg is dedicated to giving an opportunity
to the so called unadoptable.

What we're good at is building a trusting relationship with cats
that have spent their lives on the streets.
We give them time and dedication. It is a natural process, we let them decide.

The cat general already knows us and has observed us for quite a while when he starts staying longer.
We simply let him or her establish the pace, the distance and the overall conditions he feels at ease with.

The usual tnr (trap, neuter and release) is also carried on. Our experience is that those cats will show up again and resume their activities around us as if nothing had happened. Spaying and neutering, along with time, are strong allies. Reducing the number of hormones in cats makes them less eager to fight for territories. That's when they might chose to stay with a particular group under our care.
When the cat decides to really join us, he will then be microchipped and vaccinated.
That's when he/she is officially part of Mumcatorg
‍

For more information hit the button below.

I am ready to adopt a cat.

Mumcatorg is an association that is currently being created,

It all started in 2011 when the catmom (Dalia, your writer) moved to Spain. I immediately had new hosts as I moved in, in a holiday apartment with my two kitties, Bagheera and Lilith.

Back then I knew so little about the reality of cats in the street.
Numerous moves after and more cats later, I always thought I would one day return to a normal life, So I was doing my best with my big feline family.
‍
Unfortunately, I have come to realise that, on my own, the battle puts me to too much strain. At the beginning of 2022, with the help of family and close friends, it has been decided that, in order to do a real good job, a professional job, it was imperative that Mumcatorg became an association.
‍
People who rescue generally need support. Becoming legal is now an obvious step to obtaining that support,
It will bring a legal status to an otherwise unrecognised work.
We strongly believe that the moral and financial aspects will also improve, finally benefiting to all under the roof name of Mumcatorg.
.
‍

Hi I'm Norit, please be very patient with me 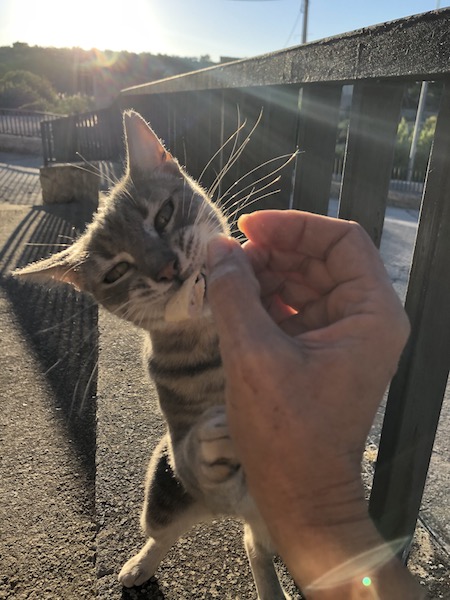 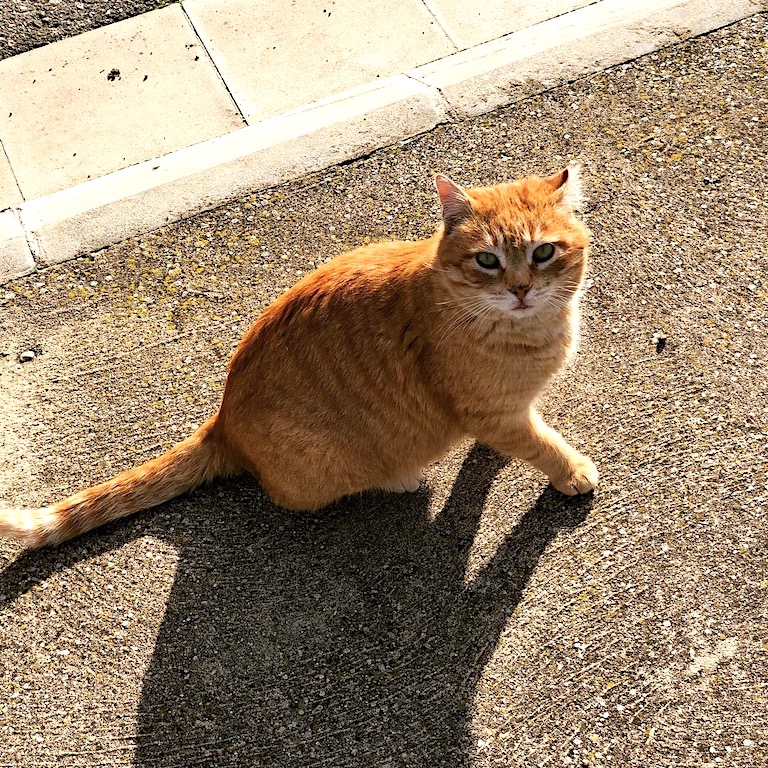 Hi I am Max a very talkative big baby 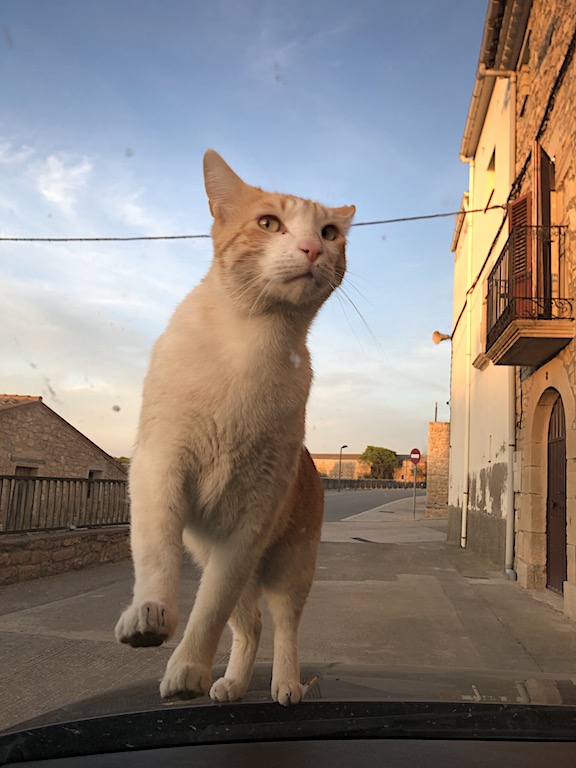 Rosendo is one of many catboys that has chosen to stay (after tnr).
It all started in about a year ago. After going thru tnr program he was released to his usual whereabouts. Not all cats want a home and foster homes are rather scarce where we are. Many cat return to the life in the streets.
But eventually in July or so, he started showing up. Unlike most, he would then stay under a vehicle to safely observe us. He must have felt good enough to then follow one of the carers to food delivery to a few other spayed cats of the area. From the walks ensued more trust and eventually he was ok with being petted and even jumping on a lap. He is not ok inside yet as there other males in transition there.
But we are hopeful it is only a matter of time. Kapi was the first street cat in our current location to become a house panther. His story is that of a grumpy guy hiding under the car. His health was not good at all. He was then skinny with a flue and a lot of poop issues. He was spayed first and realised. He took on staying by our home underneath the car. Always hissing and spiting, eventually clawing the and hand with food.
But one day as he head-bonked another of our cats the catmom here managed to pet him. Most to his surprise he like it! It happened a few more times and from then on he became a cuddle grumpy old boy. After spending he winter. inside and having a cosy bed, steady food supply and medical attention, he eventually had a free spot awaiting in a local association who managed. After a few. months there, they found him a forever loving home in Germany.

Kapi is lucky to have a good home now This is John-John. He is a cat that was in transition in a. previous spot we lived. John-John was in and out as he pleased, until we had to move all the cats but did not manage to trap him. In addition to a complicated moving situation covid arrived. During three months we did not know if he was ok. We were over a 100km apart. Nobody could go there and John-John must have relied on his hunting skills solely. When allowed, one of our members went to check on him and there he was screaming his discomfort. We managed then to trap him and brought to the current house where he is not allowed to go out..
John-John was free all of his life and it is still being tough to not have outdoors access. He is inside only because his temper puts him and some of the outdoor cats in danger due to a nearby road. In addition he doesn't know this new location at all.
John-John could easily make an excellent cat for a home with a garden and someone dedicated to playing with him and win him over. He is not a scaredy cat. He is a big boy that knows what he wants and playing is something he loves.